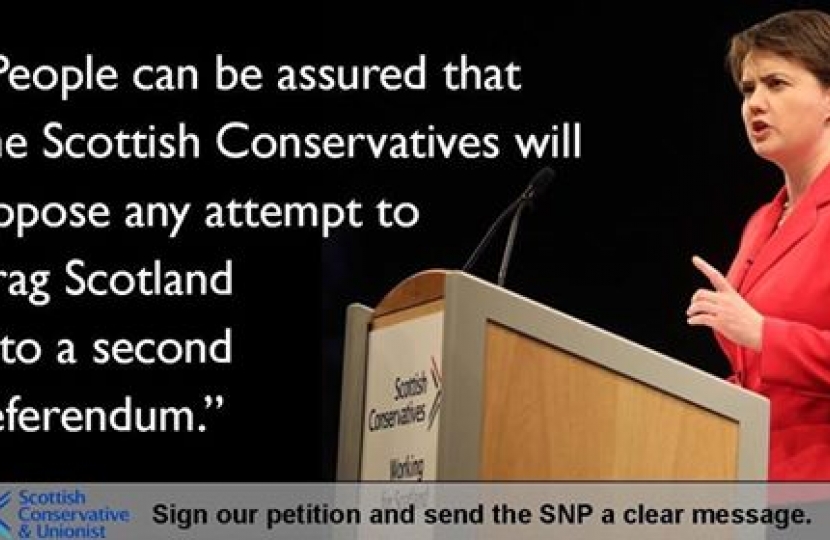 A draft bill for a second referendum on Scottish independence shows that Nicola Sturgeon has given up being a First Minister for all of Scotland.

The issue of whether Scotland should leave the UK was settled decisively in 2014. The people of Scotland said no then and there is no appetite for a second referendum now. Stoking any further grievance will only generate more economic uncertainty and stifle Scotland's growth.

We Scots need a Scottish Government that is focused on the day job not obsessed with pushing their ideological agenda at any cost to our country. The SNP lead government needs to stop this distracting and divisive obsession with separation and respect the sovereign will of the people of Scotland that proudly voted to stay in our United Kingdom.