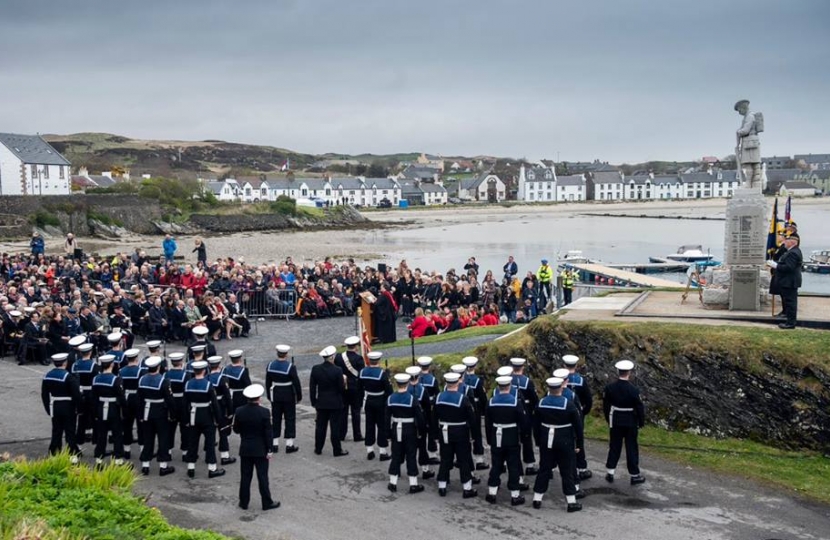 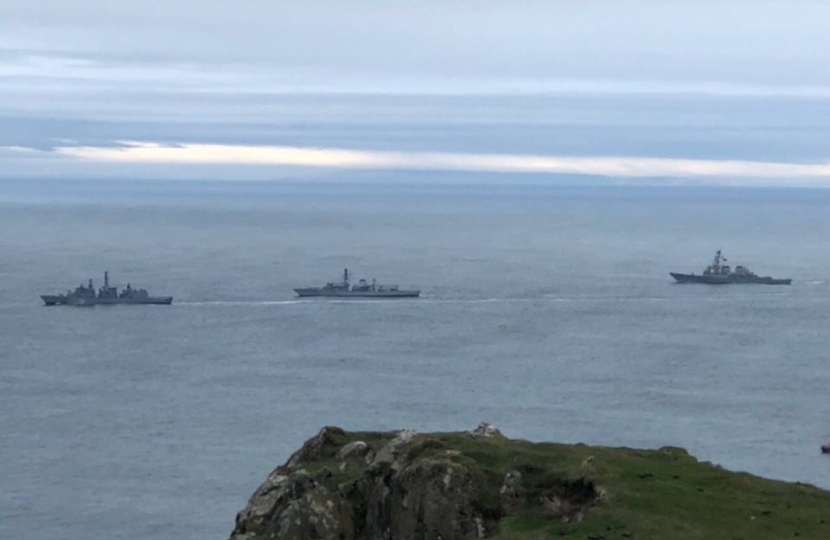 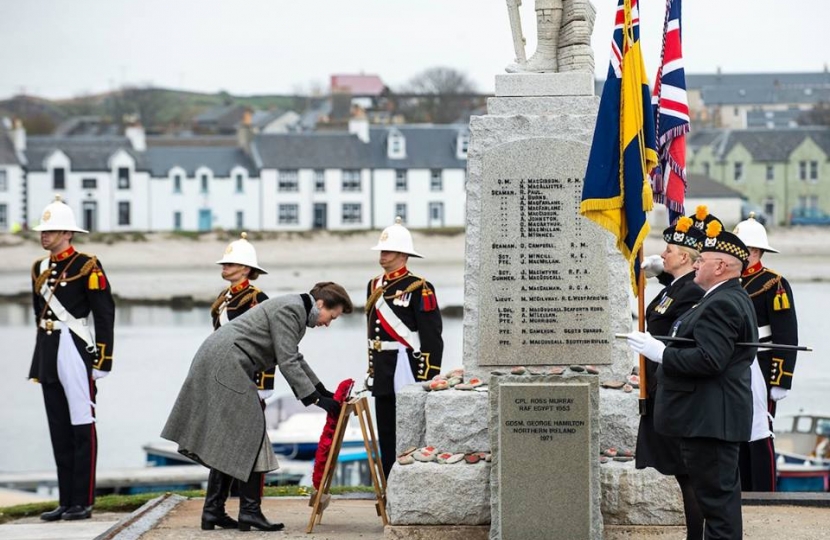 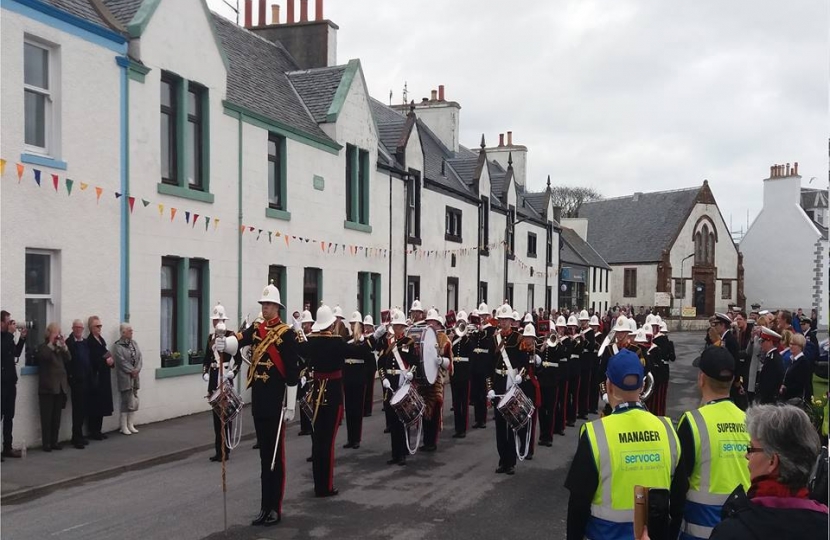 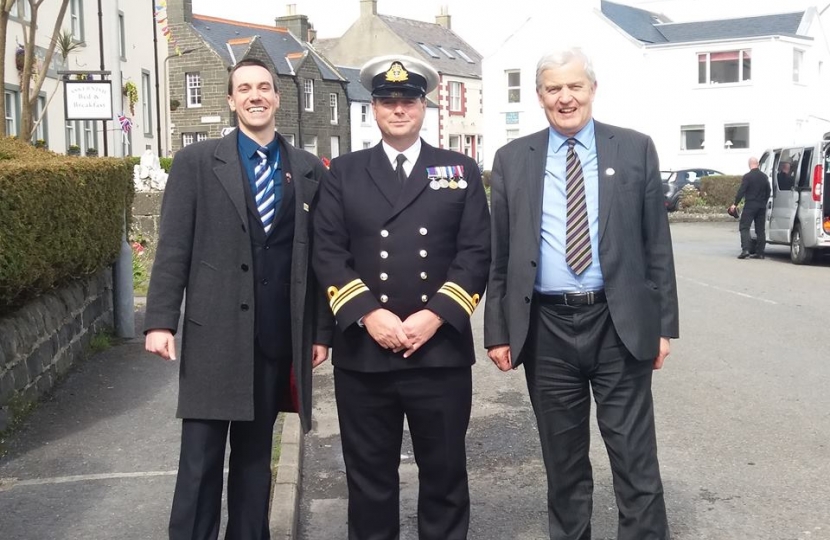 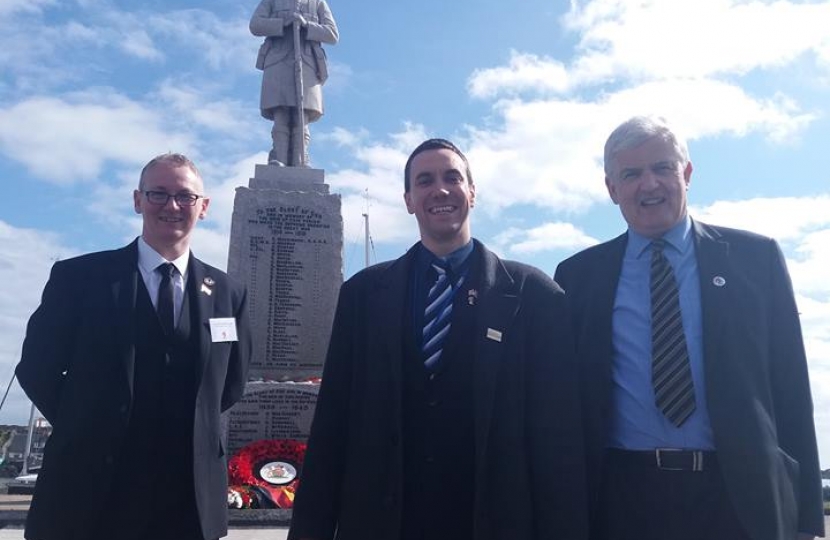 I was honoured to attend the recent commemorations in Port Ellen that took place to remember the 700 men who died in two World War One disasters off Islay.

Princess Anne laid a wreath at a service to mark 100 years since the tragedies, while warships from Britain, America, France and Germany gathered over the wreck of a ship.

More than 200 US soldiers died when the Tuscania was torpedoed by a German U-boat off Islay in February in 1918. Eight months later, the Otranto went down after a collision in a storm.

A ceremony took place on board Royal Navy patrol boat HMS Raider over the wreck of SS Tuscania. HMS Raider was joined by warships HMS Montrose, America ship USS Ross, the French FS Andromede and the German FGS Lubeck for the service.

The ships were the backdrop to WW100 Scotland National Day of Remembrance commemorative services being held on the island. These were attended by Princess Anne, Scottish and UK government ministers, the US and German Ambassadors and American descendants of those who survived these twin tragedies.

It is so important that we never forget the sacrifice of these young men who died so that we may continue to enjoy the freedoms we so often take for granted.