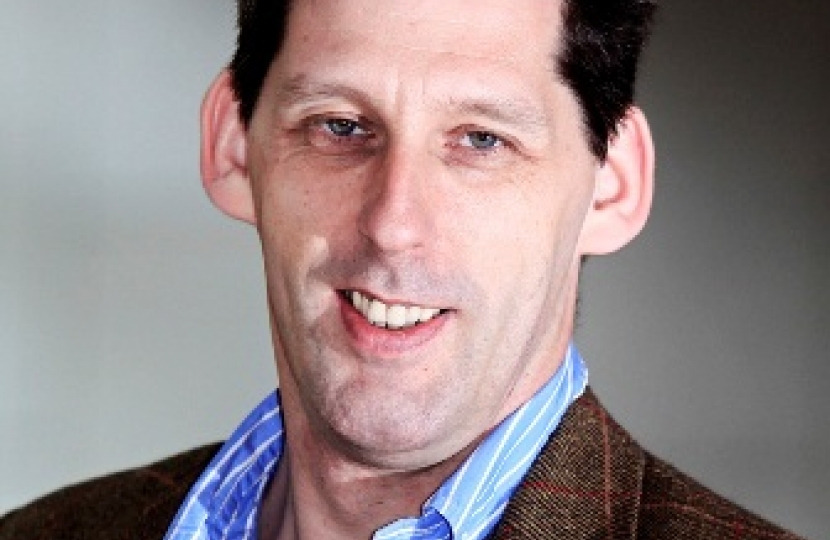 The Scottish Conservatives’ sound performance in the European Parliamentary Elections on 22 May sends a “supremely qualified” representative to Brussels.

The party’s 17.22% of the Scottish vote means that Dr Ian Duncan will succeed Struan Stevenson as the Conservative Member of the European Parliament (MEP) representing Scotland.

At the time of Struan’s announcement in February 2013 that he would step down at the 2014 elections, Scottish Conservative leader Ruth Davidson MSP said:

“Struan has made an enormous contribution as an MEP over the past fourteen years, for which I, and all of the party, are immensely grateful.  He has rightly earned enormous respect across Scotland in fighting for the interests of those in fishing, financial services, and oil and gas exploration.  This contribution has been immense, putting Scotland’s needs at Europe’s top table”.

In Spring 2013, Scottish Conservative & Unionist Associations ranked Ian Duncan as the leading figure on a list of six candidates for this year’s Euro elections.

Following the count on 25 May, Ian said:

“I am delighted the people of Scotland have placed their trust in me and I intend to repay that trust when I get to Brussels.  I was only 16 years old the last time the Scottish Conservatives got a higher number of votes in the European elections.

“Struan Stevenson is a tough act to follow but I am looking forward to building on his excellent work, particularly in getting a better deal for fishermen.

“This is a very exciting time in the history of our position in Europe and we have an opportunity to secure real change to our relationship with the EU.  The people of Scotland clearly want change and I will go to Brussels determined to fight for their interests.

“From fishermen in the Shetland Islands and farmers in Dumfries, to those working in the financial sector in Edinburgh, my role is to represent everyone.

“A Europe that works for us not against us is my aim and I will continue to listen to the people of Scotland to ensure that it is their interests, their concerns, and their desires that I am championing in Brussels.”

“This was a good night for the Conservatives in Scotland  -  our vote went up, bucking the trend for Conservatives across the UK.

“More people cast their vote for the Scottish Conservatives in this election than at any Euro poll since 1989  -  a quarter of a century.

“I’m ambitious for this party and I want today’s result to be a platform on which we can build for the General Election.

“We have more work to do to reconnect with voters  -  but our pro-union, low tax, personal choice message is gaining ground across the country.

“Ian Duncan has already fought for this country in Europe, as the Scottish Parliament’s head man in Brussels.  He now goes there as a supremely qualified MEP, ready to make a difference.

“Ian’s got guts and determination to burn.  He’ll fight hard for Scotland’s voice to be heard and I am proud to send Ian as the Scottish Conservative’s representative to the European parliament”.

Ian Duncan was born and raised in Alyth, Perthshire, where his family farmed raspberries and strawberries.  He holds a degree in Geology from St Andrews and a doctorate in Palaeontology from Bristol University.

He interned at Harvard and the Smithsonian Institution in the US, and was a teaching fellow at Bristol, before joining BP as a policy analyst, specialising in Eastern Europe and the former Soviet Republics.

He was then appointed Deputy Chief Executive of the Scottish Fishermen’s Federation, a position he held for four years, and later Head of Policy & Communication for the Scottish Refugee Council.

He resigned from the Parliament to pursue the Conservative Party’s nomination to succeed Struan Stevenson in the European Parliament.

Ian joined the Conservative Party while at St Andrews, and has campaigned in Scotland and England for various Conservative candidates.

In the 2003 Scottish election, he stood for the Parliamentary seat of Aberdeen South.

Across the UK, this year’s European vote elected 19 Conservative MEPs.

The percentage of votes cast for each party across the UK was:-

In Argyll & Bute, the number of votes cast was as follows:-

For the purposes of Euro elections, Scotland is considered a regional constituency (of the European Union area), and returns six MEPs to the European Parliament.