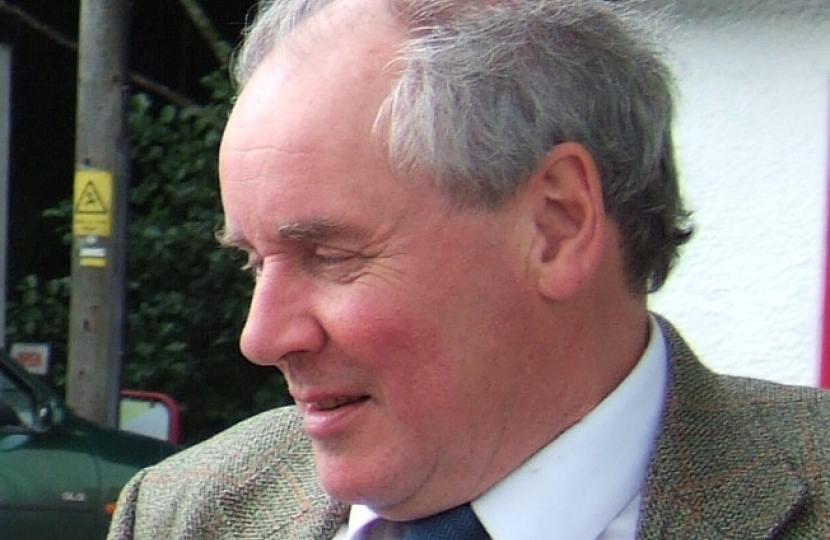 Jamie used a question at Question Time in the Scottish Parliament to highlight his concerns about recently-published data from the National Records of Scotland that predicted Argyll & Bute’s population will fall by 13.5% by 2037  -  the second largest projected decline in the whole of Scotland  -  with the working age population predicted to fall by almost 22%.

Jamie emphasised that increased economic growth was vital to reversing this decline.

Responding to Jamie’s question for the Scottish Government, the Cabinet Secretary for Finance John Swinney said he had sympathy for the points raised by Jamie.  He also said that improving digital connectivity was an ongoing priority for the Scottish Government, and confirmed that he would be participating in Argyll & Bute Council’s rescheduled population summit later this year.

“I share the concerns of many in Argyll & Bute about its projected depopulation, which risks the critical mass we need to maintain important public services and decreases our local tax base.

“As I emphasised in Parliament today, attracting new jobs and investment to Argyll & Bute is key to reversing this decline, and this means having the best possible infrastructure in terms of transport links and broadband access.

“Previous closures of the A83 trunk road have been unhelpful for the image of this area, and that is why I have campaigned consistently for long-term solutions to be put in place to ensure that road is not subject to closures.

“Reliable broadband provision is also critically important, and too many communities in rural Argyll & Bute, such as those in South and Mid Kintyre who have recently contacted me on the subject, don’t have the reliable broadband that is so important for businesses, including tourism businesses.

“I will continue to press Ministers on these matters at every available opportunity, as reversing population decline is one of the very biggest challenges facing the Argyll & Bute area”.

The National Records of Scotland projections can be found at the following link (See page 27):-