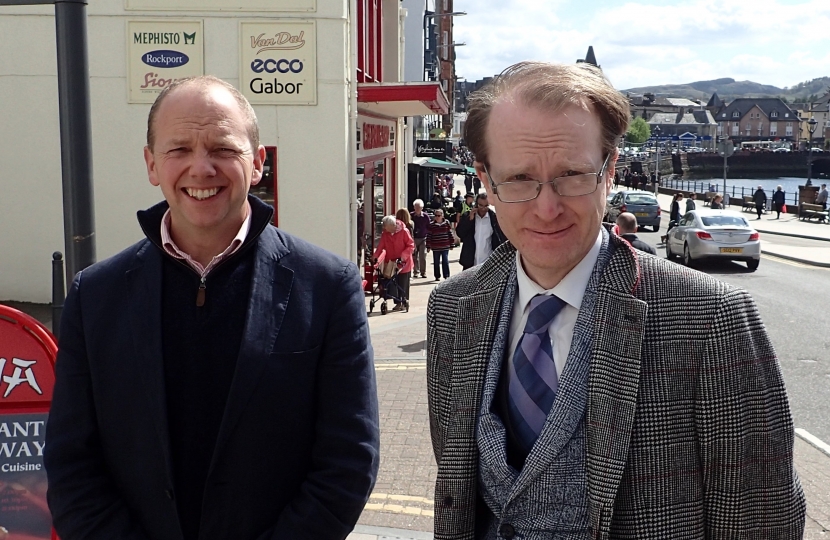 Highlands and Islands MSP Donald Cameron has described complaints from SNP politicians about the UK Government investing in Argyll and Bute as “grievance politics”.

The Scottish Conservative MSP made his comments after speaking in a debate in the Scottish Parliament about the UK Government’s Levelling Up Fund.

He said: “By working hand-in-glove with Argyll and Bute Council and other partners the UK Government was able to invest nearly £2m in eight separate projects across Argyll and Bute.

“This was welcomed by practically everyone in Argyll and Bute with the exception of SNP politicians who, while happy enough in the past to accept funding through the EU, seem to have an ideological objection to receiving support from the UK Government.

“I very much look forward to the Levelling Up Fund delivering even more investment to Argyll and Bute in the future and hope and expect Rishi Sunak, the Chancellor, to ignore the grievance politics of the SNP.”

Councillor Andrew Vennard (Oban South and Lorn), Depute Policy Lead for Financial Services and Major Projects for  Argyll and Bute Council, added: “Here in Argyll and Bute Council we were delighted that we achieved as many as eight successful bids from the UK Government’s Community Renewal Fund which will deliver more jobs and more investment.

“Surely that is something we can all celebrate?”