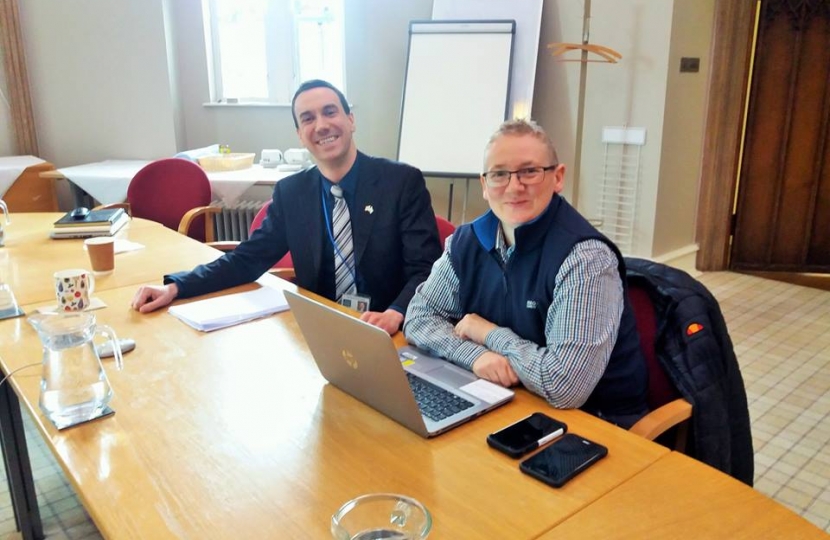 It was fantastic to catch up with Argyll and Bute's Armed Forces Champion Councillor Barbara Morgan recently in Kilmory where we discussed her work supporting our brave armed forces personnel who are serving across the world and our heroic veterans.

There is no doubt that we all owe a debt of gratitude to men and women who have volunteered to fight for our county past and present.
Sadly it can sometimes be easy to take for granted the freedoms we all enjoy due to their sacrifice, so it’s critical that we guarantee our personnel the resources and training necessary to be effective in the military, as well as in civilian life.

Argyll and Bute Council is a partner of the Argyll and Bute Community Covenant Partnership, which it set up to bring local organisations together to share knowledge, experience and expertise and to give active and positive support to the armed forces community.

The Council, along with NHS Highland and Argyll Voluntary Action, has also shown its support for service personnel and veterans by signing the Argyll and Bute Armed Forces Community Covenant. It recognises the sacrifice made by members of the Armed Forces, particularly those who have given the most, and makes a commitment to supporting current and former Armed Forces personnel and their families working and living in Argyll and Bute.

Cllr Barbra Morgan, myself and fellow Conservative councillors, MSP's and MP's will continue to do all that we can to keep Argyll and Bute as one of the best places for our service personnel, both past and present, to live.