Pam Gosal MSP was elected as an MSP for West Scotland Region in May 2021 and made history being the first Indian Sikh MSP and one of the first woman of colour elected to the Scottish Parliament.

As an MSP, Pam is the Shadow Minister for Further and Higher Education, Youth Employment and Training, which has given her the opportunity to interact with students and staff first hand to learn of the issues facing them and to inspire them to explore new paths to careers and reach their full potential.

Pam also sits on the Equalities, Human Rights and Civil Justice Committee, which deals with significant issues facing minorities, women and a wide range of other communities who are disproportionately affected and disadvantaged.

Pam has built up a wealth of knowledge and experience over thirty years across public, private and voluntary sectors, working on economic development, inward investment, business, cultural, legal, and regulatory policies both in Scotland and England. Pam’s work has been instrumental in supporting businesses and delivering significant inward investment projects; retaining and creating thousands of jobs. From her early teenage years, she learned the value of entrepreneurship from her late father and understands the importance of creating an environment that allows ambition and aspiration to thrive.

Pam is a great believer in giving back to the community. She works with many charities, both local and national, and provides volunteer time mentoring individuals from the BAME community. Pam strongly believes she will be able to make a difference in her political career as a Scottish Conservative and Unionist advocate for British, Scottish and BAME women. 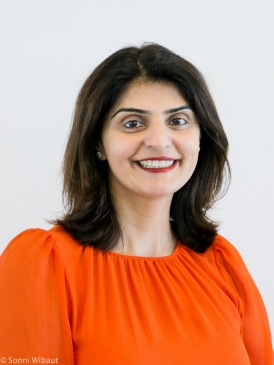