Councillor Gary Mulvaney was elected for his fourth term in 2017 and leads the eight member group of Conservatives on Argyll & Bute Council.

In May 2013, Conservative councillors co-founded The Argyll, Lomond, and Islands Group (TALIG) and following the 2017 elections, they entered into Administration as part of this group.

Gary Mulvaney was elected as Depute Leader of the council and is the Policy Lead for Strategic Finance and Capital Regeneration. He sits on Policy & Resources and Development & Infrastructures committees.

He is principal political lead for the Helensburgh Waterfront Development.

He is a qualified accountant, and a fellow of the Association of Chartered Certified Accountants.  His career has covered local government, marketing, and extensive experience in the motor trade. He currently is Director, and Centre Principal, of Helensburgh Toyota, having previously been the dealership's Financial Director.

Gary was born in 1968.  His home town is Helensburgh, where he lives with his wife Janet and her daughter Sammy-Jo.

Gary is a former Westminster parliamentary candidate, having contested the seat in 2017 and 2010. In 2017, the Conservatives came within 1300 votes of taking the seat from the SNP. When he stood in the 2010 General he came second, with Liberal Democrat MP Alan Reid’s majority squeezed to just over three thousand votes.

During the 2010 campaign, the local news website ForArgyll.com said that, if elected to Westminster, Gary would be "a formidable operator".  Describing him as "A natural strategist and a clear thinker...", the website said "...he has the added advantage of experience".  The writer continued "If it is possible to be open-minded and interested in change while not being troubled by uncertainties or indecision, this is who he is”.

Outside business and politics, Gary was Business Manager of the Glasgow-based Apollo Players theatre group and made his stage debut in 2010 at the Kings Theatre, Glasgow, and in 2012 he played in Annie at the Glasgow Pavilion theatre.

Building a better future for Argyll and Bute

Preparatory work for the Helensburgh Waterfront Development site will start from Monday 10 August, and drivers are encouraged to find alternative parking options in other parts of the town.

Estimates show that Argyll and Bute Council will have a funding gap of more than £42 million between 2021 and 2026.

A £22m contract to give Helensburgh a high quality swimming pool and leisure centre has been awarded to Heron Brothers Ltd. The contract will also deliver strengthened flood defences and improved public meeting space for residents and visitors.

As it continues to respond to the COVID-19 pandemic, Argyll and Bute Council is highlighting the importance of council tax in delivering council services, and thanks the vast majority of residents, who continue to pay their tax, for playing their part in keeping vital services going.

Argyll and Bute Council is set to appoint a contractor to deliver the Helensburgh Waterfront development for public use in 2022.

Argyll and Bute Council will invest up to £250,000 in events and festivals to help the local economy combat the impact of COVID-19.

Shadow Finance Secretary Donald Cameron is calling on SNP ministers to pass on money received from the UK Government to Argyll and Bute Council. 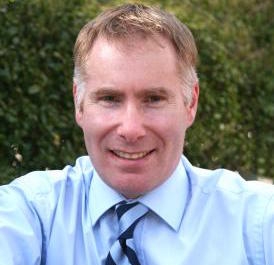