Peter runs a floor covering business on the island where he lives with his wife and three children. He is a member of the Joint Campus Parent Council; and is actively involved in his local church as a Trustee.

He is  on the management committee of Fyne Homes, a registered social landlord, which provides high-quality affordable housing in Argyll & Bute. He presents a Christian music show on local community radio, Bute Island Radio, where he also serves as Secretary.

Peter previously served as Secretary of Bute Community Council for seven years, ensuring that the views of local people are represented at all levels of government - as well as to public and private bodies.

Peter has been a member of the Conservative Party for more than 15 years, and is actively involved in his local association. He stood as a candidate for the Bute ward in Argyll & Bute Council elections, and also campaigns for Holyrood and Westminster candidates, and actively campaigned for Better Together during the Scottish Independence Referendum.

Final chance to respond to reduction in island representation proposals

The public consultation period for the Boundary Commission review of electoral arrangements in Argyll & Bute comes to an end tomorrow, Tuesday 26th January.

On behalf of all the candidates, and our newly elected group of councillors, Argyll and Bute Conservative and Unionist Association would like to thank all of our members and supporters, who turned out in such great numbers and voted in the local elections last week.

Get on with the day job

It was a pleasure to be joined on Bute today by Shadow Secretary for Health, Donald Cameron MSP.

As we spoke to local residents, the recurring theme was opposition to Indyref2, with people just wanting the SNP to get on with the day job.

Rothesay ready for a change

The team and I have been out delivering election addresses all over our beautiful island.

We have been getting a great response from voters who say they are ready for a change.

On 4th May, vote for a strong local candidate to who will work as part of a team for a better future.

Training for the future

Taking a short break from the campaign trail, Peter was in London at the weekend undertaking a Leadership in Public Life training course.

Today I took the opportunity to visit Rothesay Pavilion to see the progress that had been made in the 1st phase of the restoration of the Grade A listed building. 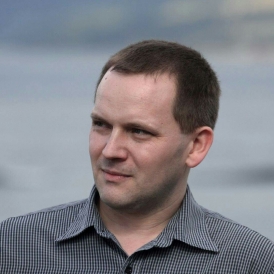 Peter is involved with many local organisations which are trying to make a difference to the quality of life which we all enjoy.  He says: “I enjoy living on Bute, which is why I want to do my part to make sure that the island remains a great place to live for our children and grandchildren”.