Returning to the UK to study law, he qualified as an Advocate at the Scottish Bar in 2005. He practised across Scotland focussing on public, agricultural and crofting law, appearing in the Court of Justice of the European Union, the Supreme Court, the Court of Session (Inner and Outer Houses) and the Scottish Land Court. He also helps manage the family farming and holiday business.

Since 2016, Donald has fought for the issues that matter to people across the Highlands and Islands Region, and he has been a staunch defender of the United Kingdom.

He has led the way in the Scottish Parliament for a permanent solution for the A83 Rest and Be Thankful, and has fought for better ferries and broadband for local communities. He has also called for fair funding for local authorities after years of SNP cuts.

Hopes are rising that a permanent solution may be found to the chronic problems afflicting the A83 trunk road at the Rest and Be Thankful pass, after a visit by a UK Government minister.

Highlands and Islands MSP Donald Cameron is encouraging local people to input into a consultation on a proposed MSP Removal and Recall bill.

Highlands and Islands Scottish Conservative MSP Donald Cameron  has been made Shadow Cabinet Secretary for the Constitution, External Affairs and Culture.

SNP slammed over wasted spending at Rest and Be Thankful

SNP ministers have been severely criticised after it was revealed that millions of pounds have been wasted on unsuccessful mitigation measures at the Rest and Be Thankful on the A83 trunk road in Argyll and Bute.

Roads a greater priority than referendums

According to the Scottish Conservative and Unionist candidate for Argyll and Bute, Donald Cameron,  local people want practical action on fixing their roads, rather than resources spent on a re-run of the independence referendum.

Shadow Health Secretary Donald Cameron has said that the fall in the number of operations carried out by NHS Highland must be reversed as soon as possible.

Local Scottish Conservatives have welcomed Argyll and Bute Council’s prioritisation of essential road infrastructure and supporting young people and economic development, in its budget which was presented today.

Highlands and Islands MSP Donald Cameron has pressed the Lord Advocate, James Wolffe, on the role of the Crown Office in threatening the freedom of the Scottish Parliament to conduct its own business.

Two local politicians have expressed concern following a proposal to close a respite flat on Jura. The matter was discussed at a meeting of Jura Community Council last night. 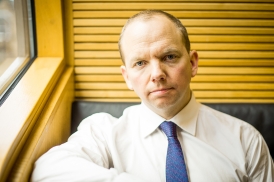