Councillor David Kinniburgh was first elected to Argyll & Bute Council in May 2007.  He was re-elected in May 2012.

During the period 2007-2012, David served on the Council’s Audit Committee.  He served also on its Planning, Protective Services, and Licensing Committee (PPSL), and was a member of the administration which ran the council from December 2010 to May 2012.

On his re-election in May 2012, he continued to serve on the PPSL and, in October 2013, he was appointed a Senior Councillor as the Policy Lead for Planning and Regulatory Services.  In this role, David now chairs the Planning, Protective Services, and Licensing Committee, and he is a member of the Environment, Development, and Infrastructure Committee.  He is a member also of the Helensburgh & Lomond Area Committee.

David was born in Helensburgh in 1959.  He lives in Dumbarton with his wife Linda and their sons Christopher and Darren.  In October 2012, David and Linda celebrated their Silver Wedding anniversary.

David completed his education at Hermitage Academy in 1976.  He served his apprenticeship as a motor vehicle technician at a local garage in Helensburgh.  In 1983, he left the motor trade and, for over six years, worked in the insurance industry.

In 1990, he returned to the motor trade and was employed by Helensburgh Toyota, where he works to the present day and where he has gained vast experience of the motor industry, having played various roles within the company, including technician, workshop controller, sales executive, and service advisor.

When he finds time to relax away from work and council duties, David enjoys playing golf and cooking.

He enjoys also the work of Robert Burns and is a member of several Burns Clubs.  He is a Past President of Helensburgh Burns Club, and was instrumental, along with four companions, in reconstituting the Club in December 2008, it having been dormant since around 1950.  David is now the Treasurer of the Club.

Helensburgh and Lomond South Councillor David Kinniburgh has pleaded with central belt residents not to try and avoid new restrictions by travelling outwith their local health board area to watch sports fixtures.

The council’s Planning Service is focused on ensuring that Argyll and Bute is open for business and supporting economic growth by offering the high-quality service demanded by business and residential customers.

Fishing vessels must be registered to export catch by 31 December

Owners are being urged to register their fishing vessels as food businesses, and have them inspected by Argyll and Bute Council, before 31 December 2020 so they can continue to export to the EU post Brexit.

Think twice before signing up with cold callers

LOCAL residents are being warned that traders are cold calling at homes offering to carry out improvement work to the exterior of houses.

Argyll & Bute Council's Environmental Health team resolved 85% of public complaints within 20 days, exceeding its target of 80%, in the last quarter of 2019/20, the Business Continuity Committee heard on Thursday (25 June).

Supporting businesses to reopen safely for the public

Following the announcement from the Scottish Government that specific businesses can start to reopen from 29th June as part of phase 2, Argyll and Bute Council is working with local businesses to offer guidance and support, on the steps they need to take to keep themselves, employees and the publ

Over the past few weeks, in response to the COVID 19 crisis, the council has made changes to the way it works to support the continuation of essential services in Argyll and Bute.

A Scottish Government report has highlighted that Argyll and Bute Council’s planning service continues to provide a high quality service to businesses and residents.

I was delighted to be given the opportunity to serve Argyll and Bute in my new position as Policy Lead for Economic Growth at the most recent council meeting. 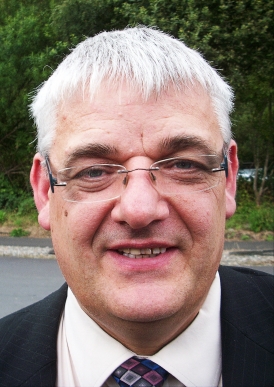