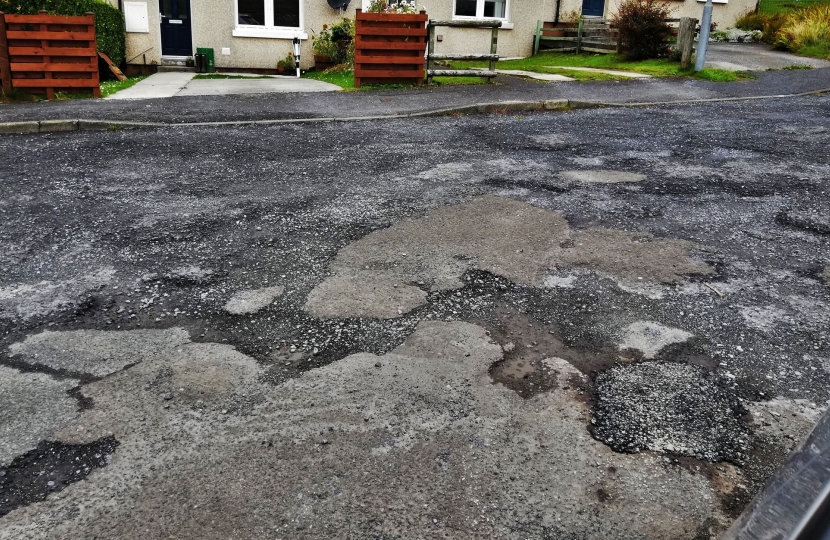 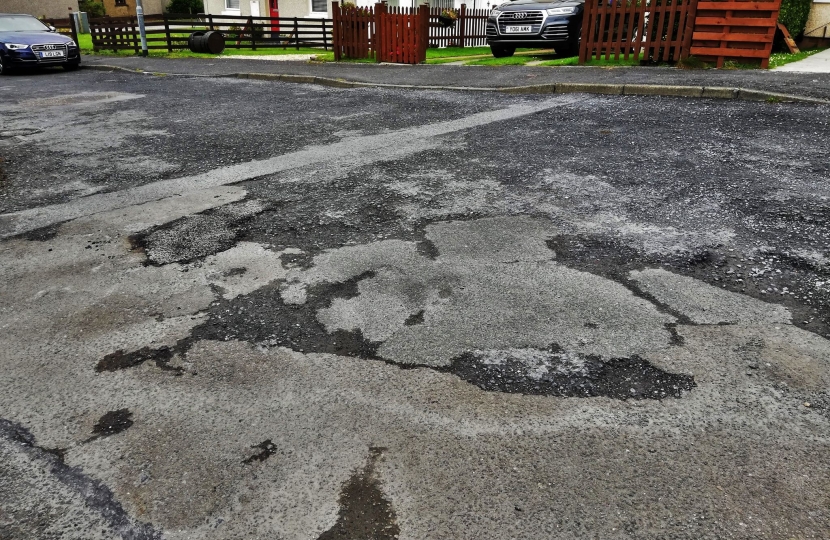 I have been in contacted by a large number of my constituents who have been raising justifiable concerns about the terrible conditions of local roads on the Island of Islay, including Corrsgeir Place in Port Ellen, which according to one local resident I spoke to looks more like the surface of the moon than the surface of a road.

Like I have said before our hardworking roads department are at times between a rock and a hard place when having to deal with growing demands on limited resources. That said I would hope that something could be done soon to address my constituent's concerns.

Islay and Jura are vast contributors to central government coffers with the huge tax receipts from our legendary distilleries. At the very least we should be getting fit for purpose roads in return. For that to happen the relentless cuts to local authority budgets by the Scottish Government has to stop and substantial central government investment is needed.