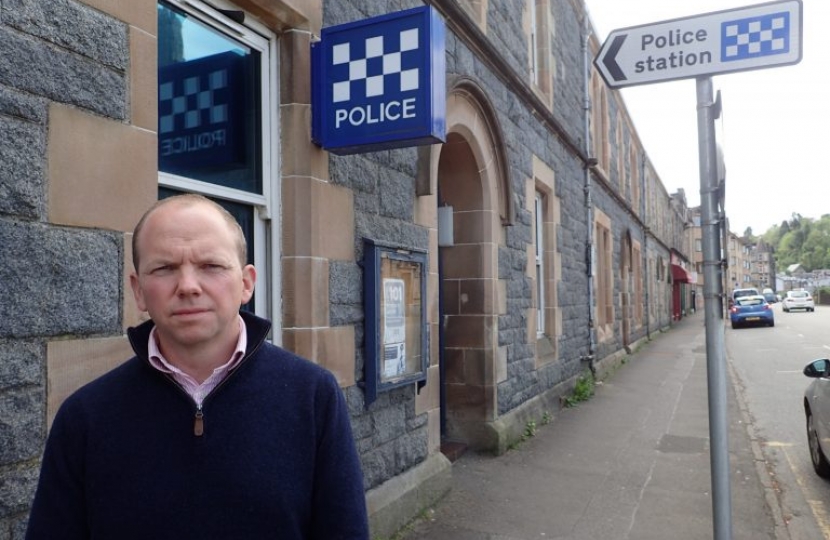 Audit Scotland presented the findings of their report into the Scottish Police Authority (SPA) to the Scottish Parliament's Public Audit committee today, and revealed a £50 million shortfall over the next two years, required to secure the jobs of 750 police officers.

The report concludes that the Scottish Police Authority will not achieve financial balance by 2021 as planned, and that there had been limited investment in modernising the police service, with concern about the SPA's capacity and capability to carry out its corporate functions.

Highlands and Islands MSP Donald Cameron said: “It is deeply alarming that Audit Scotland says that Police Scotland requires a £50m cash injection in order to prevent the loss of no fewer than 750 police officers.

“On no account must the Highlands and Islands lose members of its overstretched police force due to this mismanagement by the SNP Government.

“A visible and active police presence is incredibly important for our communities which have always considered their local police officers to be part and parcel of everyday life.

“In recent years we've seen a catalogue of errors from the SNP who have arrogantly dismissed all warnings about their police reforms such as the botched merger of our once-proud regional police forces, the aborted attempt to hive off the Scottish element of the British Transport Police into Police Scotland, and successive Chief Constables coming and going as if through a revolving door.

“Once again a crucial public service, important to so many local people, has been neglected by an SNP Government obsessed by independence.”