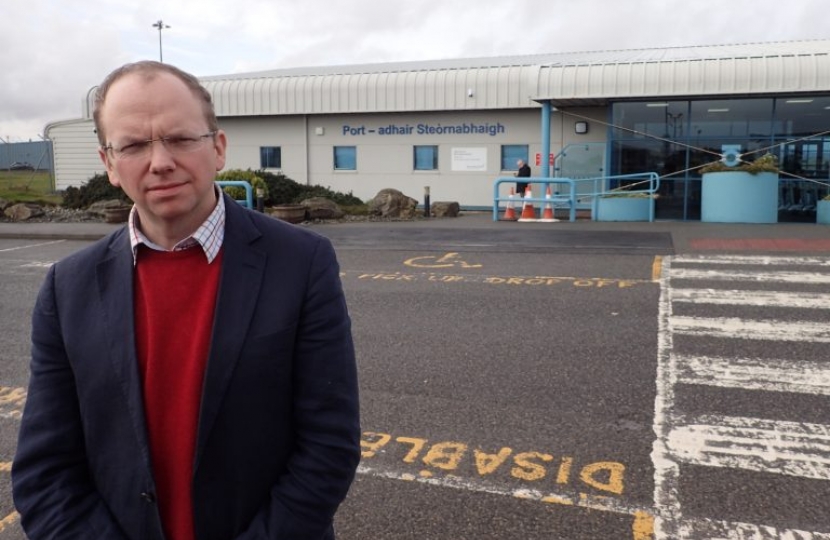 Mr Cameron spoke after the air traffic controllers’ union announced another strike which will affect HIAL airports in the Western Isles, Orkney, Shetland and Inverness.

The news follows widespread reports of passengers being unable to book on to ferry services due to over-capacity, and delays in introducing new ferries into service.

Mr Cameron said: “My postbag is over-flowing with complaints from constituents across the whole Highlands and Islands region.

“People are having to cancel appointments, they can’t visit relatives when they want to, and businesses are not able to get their products to market, or receive supplies when they need them.

“This catalogue of failures is entirely the responsibility of Nicola Sturgeon’s SNP Government. They have been in power for 12 years and cannot blame anyone else.

“Everywhere you look, whether it is the town centre ferry service to Dunoon, insufficient capacity on ferries to and from the Western Isles, or the failure to resolve the HIAL dispute, the story is the same: a failure to plan ahead or, when trouble breaks out, a failure to get a grip.”

Mr Cameron said he feared for the future of communities dependent on the failing transport links.

“The SNP Government down in Edinburgh don’t seem to understand that our communities are utterly dependent on reliable transport infrastructure. When the ferry or plane doesn’t run, there is no alternative route.

“If local businesses lose confidence, they will either fail to invest or they will relocate. And we will find it even more difficult to attract younger, economically active people to live in our remoter communities which are already threatened by population decline.”