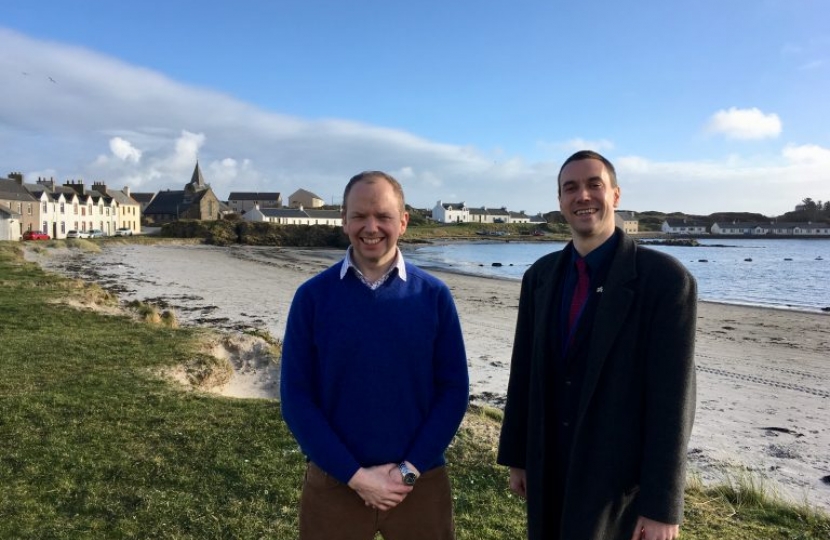 Highlands and Islands MSP Donald Cameron has expressed concern about the deteriorating condition of some Argyll cemeteries.

He spoke out after constituents from Islay joined local councillor Alastair Redman (Kintyre and the Islands Ward) in highlighting the poor upkeep of cemeteries in the area he represents.

Councillor Redman said: “Perhaps the worst example is Kilnaughton Cemetery, at Port Ellen, where we have a real problem with rabbits digging into some of the plots.

“This is a graveyard which is still in use and, frankly, local people are becoming distressed at what is happening.

“There has been some makeshift repairs but the whole site really needs to be made secure with rabbit-proof fencing.”

Councillor Redman reported that there were also problems at other cemeteries in his ward including the cemetery at Carradale in East Kintyre.

Mr Cameron said: “I understand that Argyll and Bute Council confirmed that they now, at last, have plans in place to address the problems at Kilnaughton, after they were contacted by Alastair.

“However it remains disappointing that things are allowed to deteriorate to the extent that the maintenance of cemeteries has become a matter of public concern.

“Frankly, it is very surprising that a cemetery where interments are actually still taking place has been undermined in this way and there must surely be an obligation to ensure this doesn’t happen.

“My experience is that communities in the Highlands and Islands pay especial regard to the final resting places of fellow members of their communities and will be perplexed to discover that they appear to be uncared for.”