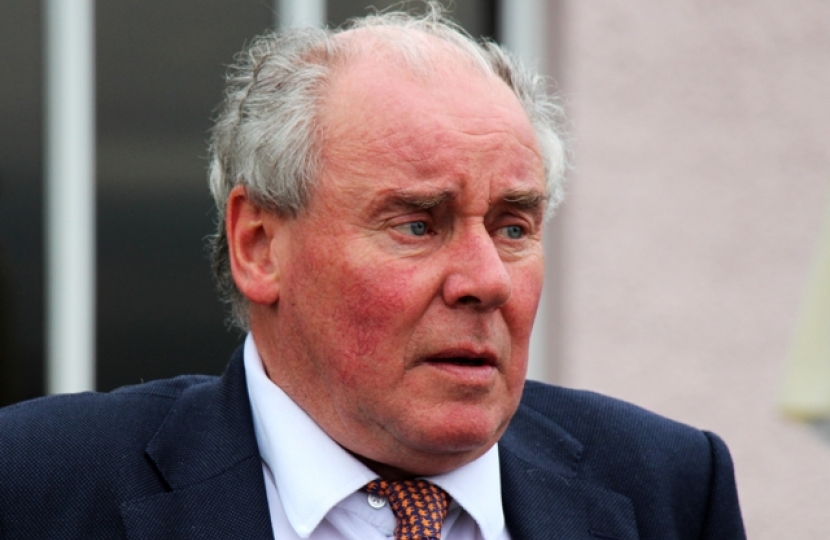 Jamie McGrigor, Highlands & Islands MSP, has backed charities Prostate Cancer UK and Movember in their mission to change the face of men’s health, and has expressed his support for fellow MSPs who, during the month of November, grew a moustache in order to raise awareness of men's health issues.

At an event in Holyrood to celebrate the closing stages of this year’s Movember campaign, Members of the Scottish Parliament, including Jamie, from across the political spectrum united and showed their support for the moustache-growing exploits of MSPs Liam McArthur and Dennis Robertson. 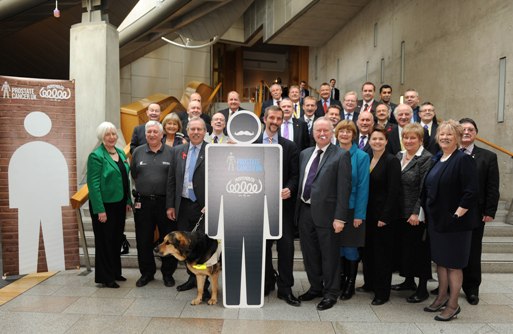 Above: Jamie (back row) joined fellow MSPs and other supporters of Movember at the recent event at Holyrood

Global charity Movember calls its male adherents "Mo Bros", and encourages them to grow a moustache during November to raise funds and awareness for men’s health.  Ideally, Mo Bros are supported throughout the month by the women  -  or "Mo Sistas"  -  in their lives.

“I have consistently supported the work of Prostate Cancer UK, and I am delighted to back Movember and its efforts to create a movement to tackle the issues surrounding men’s health and bring them directly to the corridors of power.  Prostate cancer alone kills one man every hour in the UK, and we urgently need to tackle this head-on and make some noise around the condition.  Just by growing a moustache, thousands of Mo Bros and Mo Sistas across the country have raised millions of pounds and untold amounts of awareness in the fight against the disease.  I pay tribute to my fellow MSPs Liam McArthur and Dennis Robertson”.

“It’s great that MSPs have joined me, and thousands of Mo Bros and Mo Sistas across the UK, in support of Movember and Prostate Cancer UK.  Prostate cancer is the most common cancer in men, and is set to be the most common cancer overall by 2030.  Despite this, we are decades behind where we need to be in terms of research, treatment, and support.  Working together, Movember and Prostate Cancer UK are helping to redress this balance, by putting men’s health firmly in the spotlight”.

PROSTATE CANCER UK
If you have concerns about prostate cancer, call Prostate Cancer UK's confidential helpline on 0800 074 8383 or visit www.prostatecanceruk.org.  The helpline is free to landline users, staffed by specialist nurses, and open from 0900 hrs to 1800 hrs Monday to Friday, with late opening until 2000 hrs on Wednesdays.

MOVEMBER
Movember is the month (formerly known as November) when men around the world grow a moustache, with the support of the women in their lives, to raise awareness and funds for men’s health  -  specifically prostate and testicular cancer.  Funds raised in the UK are directed to programmes run by Movember and by Movember's men’s health partners Prostate Cancer UK and The Institute of Cancer Research.

To donate to Movember, visit Movember.com.