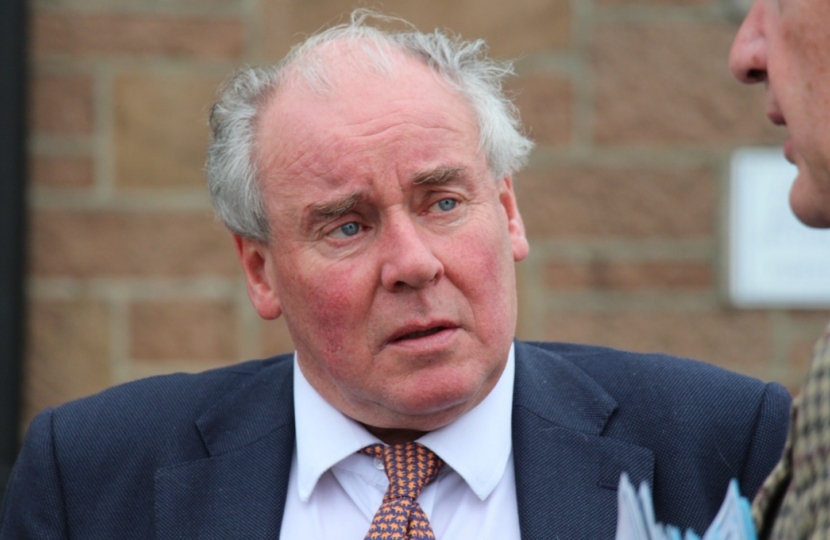 Highlands & Islands Conservative MSP Jamie McGrigor, speaking at a recent meeting of the Scottish Parliament's European & External Relations Committee, of which he is a member, and before which the Cabinet Secretary for Culture & External Affairs, Fiona Hyslop, was appearing, questioned the methodology of the Scottish Government in failing to select agriculture as a "key area" for priority.

The Government's Action Plan for European Engagement identifies four key areas  -  Energy & Climate Change, the Marine Environment, Research & Creativity, and Justice, Freedom, & Security  -  in which, it suggests, Scotland can "achieve real benefits in the long run and where the Government can demonstrate to the EU that Scotland is a constructive partner (which) can play a leading role and contribute for the wider benefit of EU citizens".

At the Committee meeting, on 19 September, Jamie said:

"I would like to know how the Scottish Government decided on the four key areas that are identified in the action plan.

"I was slightly surprised  -  especially given the emphasis on Scotland’s food and drink at present, and the fact that the Common Agricultural Policy is such an enormous part of the EU budget  -  that agriculture appears to have been left off the list.  Given the focus on the four key policy areas that have been chosen, what flexibility is there for focusing on other issues  -  such as agriculture  -  that may be of significance to Scotland?"

In response to a suggestion by the Cabinet Secretary that members of the European & External Relations Committee might be capable of greater participation than at present in debates outwith the Committee's primary subject area  -  such as debates relative to the Common Agricultural Policy  -  Committee Convener Christina McKelvie MSP (SNP, Hamilton, Larkhall, & Stonehouse) expressed support for Jamie McGrigor, adding:

"In anything to do with agriculture, he is usually front and centre in representing both the (European & External Relations) Committee's interests and the interests of his constituents".

Speaking after the meeting, Jamie said:

"While I was pleased that the Committee Convener supported me for raising this issue on behalf of my colleagues and constituents, I maintain that agriculture is a pivotal facet of our economy and should clearly play a major role when deciding Scotland’s priorities.  The Cabinet Secretary did accept that other areas would not be excluded, but, without a clear commitment from the Scottish Government to make it the fifth priority, I do not believe that Scottish farmers and crofters will derive great comfort from the Cabinet Secretary’s remarks".

The Official Report of Thursday's meeting of the European & External Relations Committee can be read here.