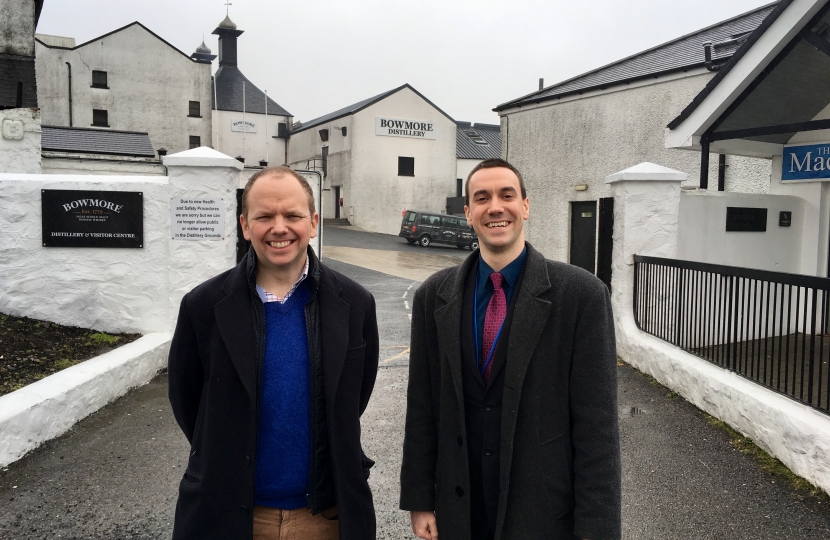 A deal to suspend tariffs on Scotch whisky products for five years between the UK and the USA has been welcomed by two local politicians.

Highlands and Islands MSP Donald Cameron and Mid Kintyre & the Islands Councillor Alastair Redman welcomed the news, following a long running dispute between the USA and the EU over support for large civil aircraft which sparked the retaliatory tariffs that affected the Scotch whisky industry.

The UK Government’s International Trade Secretary Liz Truss struck a deal with her American counterparts to suspend tariffs on Scotch whisky products for five years, which has been welcomed by the wider industry.

“This deal is an extremely positive development for the Scotch whisky industry, and I am delighted that the UK Government has delivered a good result on this important issue.

“The industry has lost some £600m over the last two years as a result of this damaging trade war, but I welcome that we can now look to the future, and continue to grow the Scotch whisky market in the USA.”

“Whisky production is critical to the economies of Islay and Jura, as well as the wider Scottish economy, so this is welcome news.

“The UK Government has been able to achieve something that the EU comprehensively failed to achieve, and I look forward to the UK building a positive future trading relationship with the USA following this deal.”

Two Years On: Delivering on our Promises

Two years on, we have delivered for Britain. Here's a list of some of our top achievements.