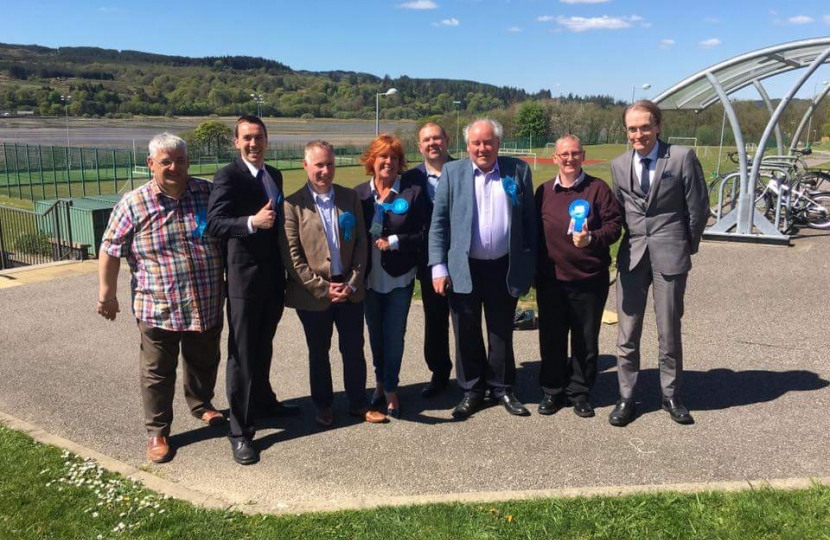 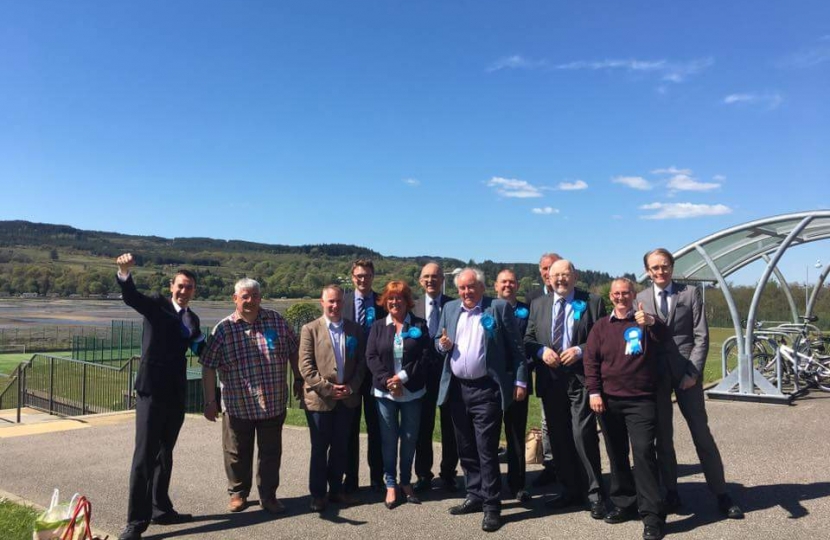 Across the country, Scotland has been turning blue today, with a significant increase in seats for Scottish Conservatives; results that were echoed in Argyll and Bute.

Today’s council election results prove the Scottish Conservatives are leading the country’s fightback against the SNP, Ruth Davidson has said.

Gains were made in every single mainland local authority, and the Scottish Conservatives also elected their first ever councillor in the Western Isles.

It comes after the party published the most detailed council manifesto, and remain the only ones to stand up to the SNP on its threat of a second independence referendum.

Here in Argyll and Bute, Conservative Councillors were returned in all but 2 wards, bringing the total number of Conservatives elected to 9.

Among today’s achievements were…

“I’d like to congratulate every councillor, no matter their party allegiance, who has been elected today. Being asked to serve your local community is both a real achievement and a great responsibility.

“Today’s result makes one thing crystal clear: all across Scotland, only the Scottish Conservatives have the strength to fight back against the SNP.

“We denied the SNP a majority at Holyrood last year.

“We have gained seats in councils all over Scotland today. We are now in a position to lead Scotland’s fight back on June 8 in the general election too.

“We will speak up for the millions of Scots who have had enough of the uncertainty and division of the last few years. We will stand up for everyone who doesn’t want a second referendum on independence.

“We will demand that politicians of all parties focus instead on the things that matter: restoring excellence to Scotland’s schools, and getting our economy back to health.

“As we turn to the election on June 8, we know Nicola Sturgeon is still refusing to listen – only last week she said independence would be at the ‘heart’ of the General Election campaign.

“If you want to send the SNP a message, then today’s result shows that, no matter where you live in Scotland, a vote for the Scottish Conservatives will ensure your voice is heard loud and clear.”​