Honouring the memory and bravery of Lieutenant David MacIntyre VC 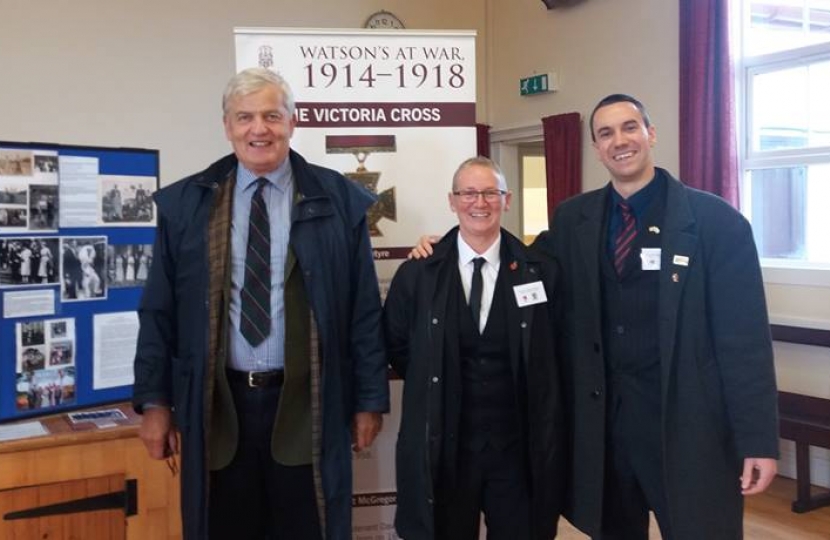 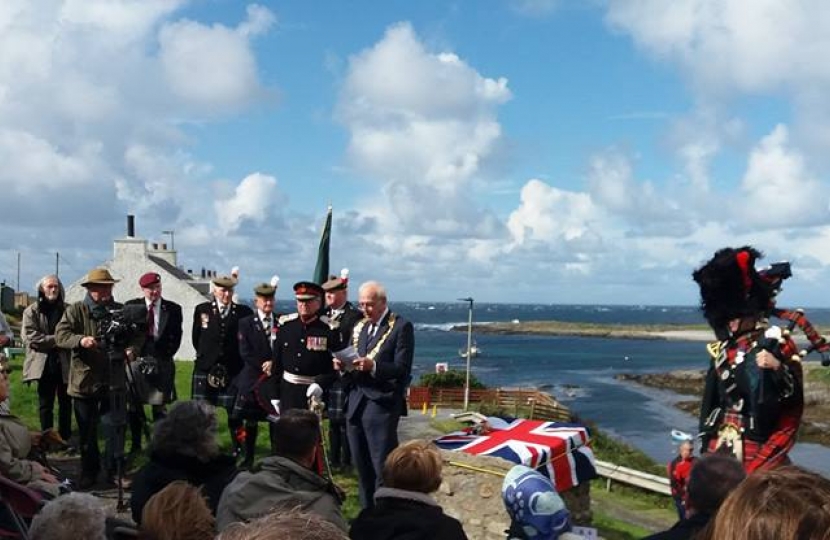 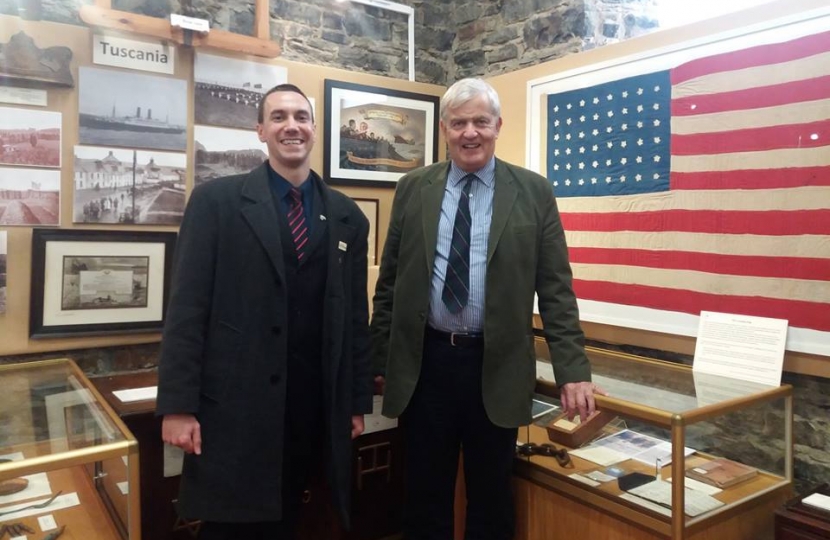 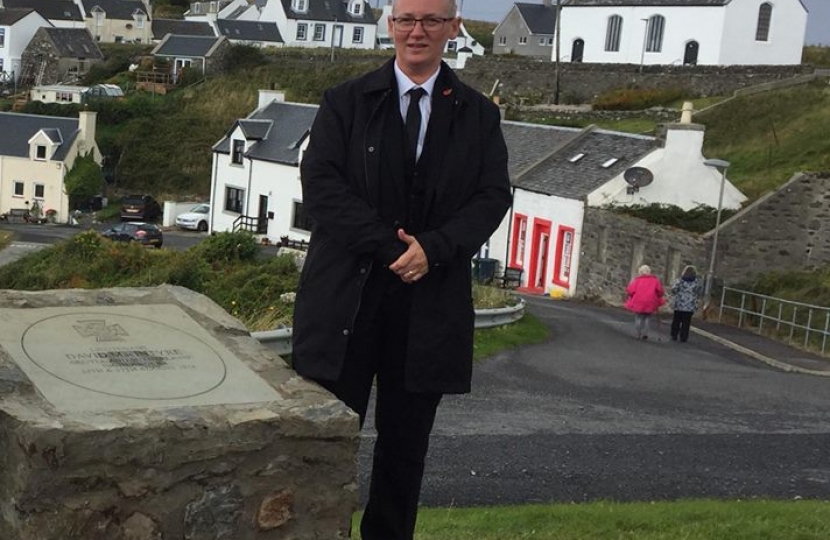 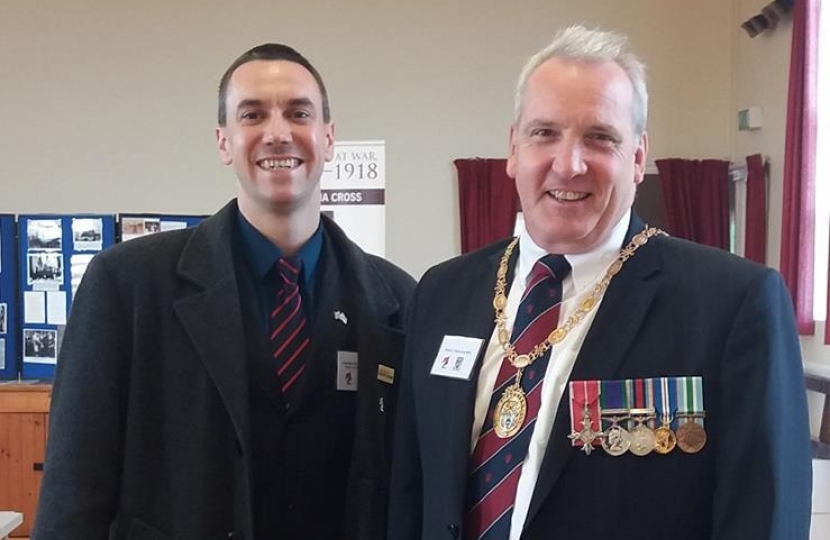 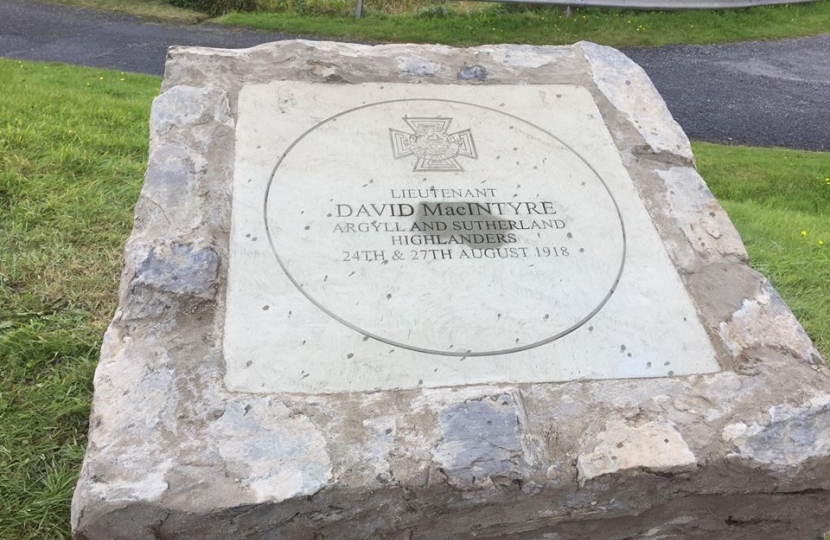 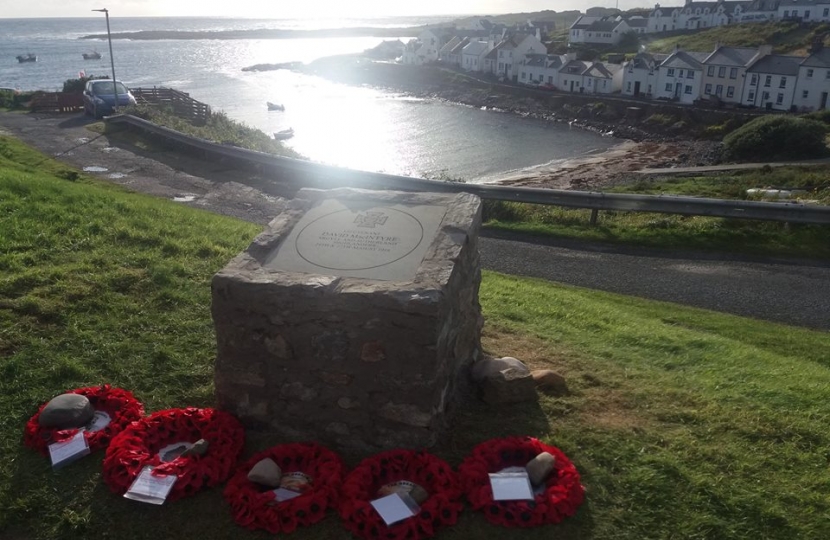 The village of Portnahaven on Islay played host to the ceremony to mark the one hundredth anniversary of the actions at Henin and Fontaine-Les-Croisilles, France (24th and 27th of August 1918) and the award of the Victoria Cross to temporary Lieutenant David Lowe MacIntyre, Argyll and Sutherland Highlanders 1/6 Battalion Highland Light Infantry.

At the event on 25th August 2018 a commemorative stone was unveiled and prayers were said remembering those killed or wounded in the war, especially during the actions at Henin and Fontaine-Les-Croisilles, on 24th and 27th August 1918.

The representatives also got a chance to visit the Museum of Islay Life and see the Stars and Stripes U.S. flag produced overnight on the Island of Islay so that the American soldiers who died after the sinking of the SS TUSCANIA could be buried with honour under their own flag.

The flag, which was sent to President Woodrow Wilson is normally in the collections of the Smithsonian’s National Museum of American History in Washington D.C, but was allowed to make the 3,500 mile journey back to Islay for the commemorative ceremony 100 years on.

Cllr Alastair Redman said: "A huge thanks to all of the organisers, volunteers and everyone else who attended and made this ceremony possible.

"It is so important that we never forget the sacrifice of these young men who died so that we may continue to enjoy the freedoms we so often take for granted."

Cllr Barbara Morgan said: "It was a great day with good attendance at the laying of Victoria Cross commemorative paving, honouring the memory and bravery of Lieutenant David MacIntyre.

"The rain stayed off throughout the ceremony, which was also attended by family from the USA." 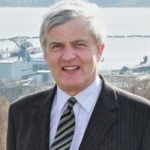