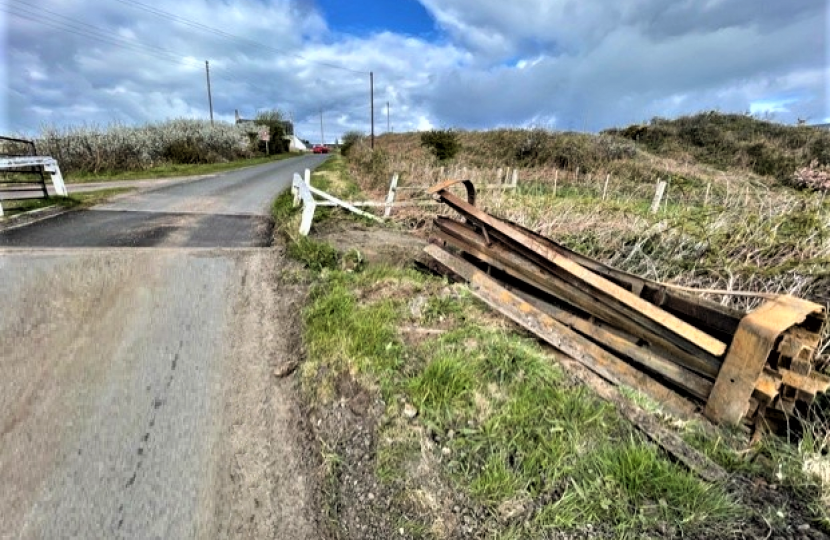 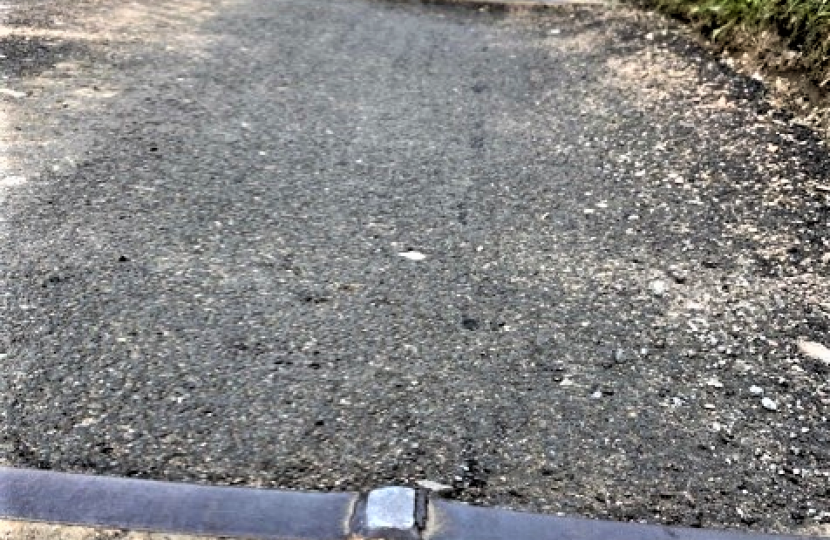 I have been contacted by a number of my justifiably concerned constituents about the recent removal of a cattle grid on the Isle of Gigha from the road between the ferry jetty and the village.

The space has been tarred over but I have been informed by local residents that unfortunately the sub surface area was just grit and so the tar has subsided due to traffic including tractors and lorries. The dip now is actually worse than when the cattle grid was in place.

To make matters worse the damaged cattle grid which is now mangled metal has been left on the adjacent roadside verge.

It is my strong belief that if cattle grids are damaged the roads department should replace them with new fit for propose cattle grids not get rid of them all together.

Not only should road repairs be made to last but at the very least the roads department should clean up after themselves and remove old damaged materials such as this left behind.

If a private company or an individual member of the public left a large amount of scrap metal at the side of the road they would be in trouble.

I have contacted our road's management through member services and asked them to rectify this matter as soon as possible.