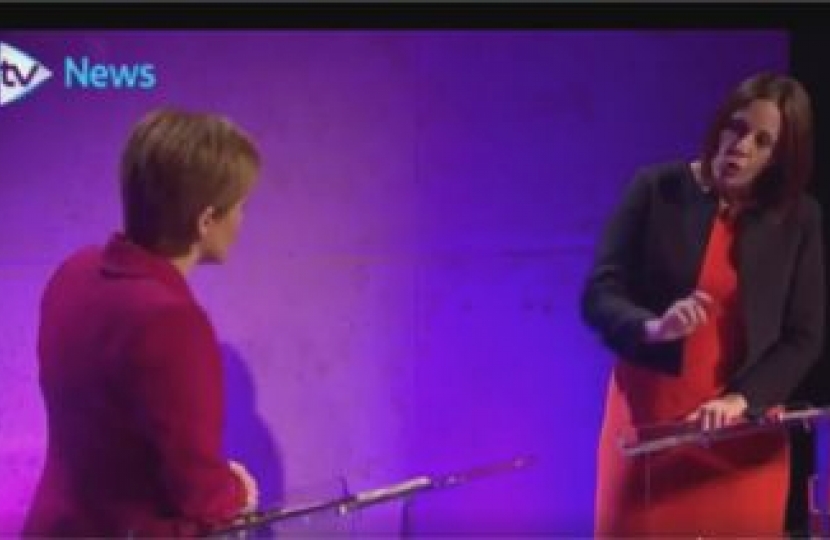 MUST WATCH: At last night’s STV debate, the First Minister revealed a private conversation with Kezia Dugdale, in which the Labour leader said her party would SUPPORT another independence referendum.

Everybody needs to see this. SHARE this video to let friends know the only way to send a message to the SNP – and to stop their plans for a second independence referendum – is to vote Scottish Conservative on Thursday.

Ms Sturgeon stunned viewers of tonight’s STV debate by recalling a private conversation the pair had about the prospect of another vote.

After the initial claim, Scottish Conservative leader Ruth Davidson sought reassurance from the SNP leader, who confirmed that was the case.

The revelation blows a hole in Labour’s claim to be opposed to independence and another referendum.

“This is a bombshell revelation which holes Scottish Labour’s entire campaign below the waterline.

“Kezia Dugdale has spent this campaign claiming she opposes a second independence referendum, now we learn she’s been having private chats with Nicola Sturgeon about her support for it.

“It is an utter disgrace and it proves that the only pro-UK vote at this election is for the Scottish Conservatives.”