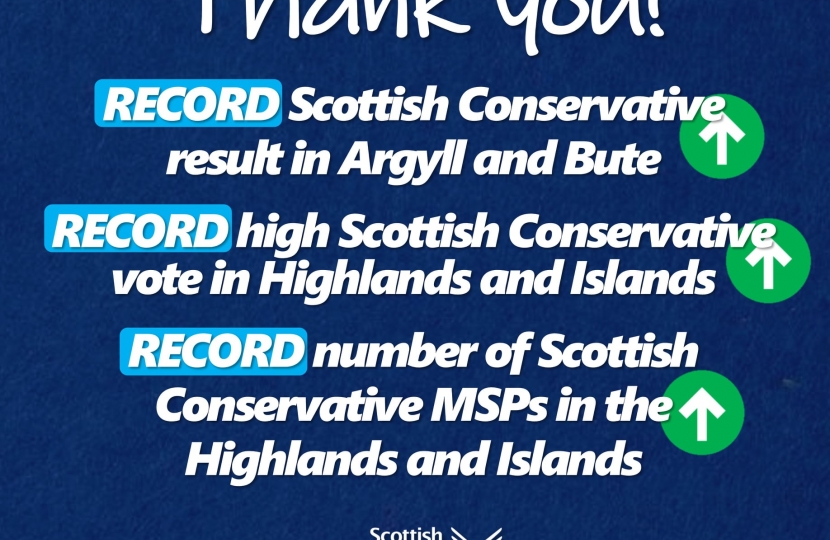 "In Argyll and Bute, I am pleased to move into second place with a 3% increase in vote share and 0.3% swing from SNP. We are now the main and only challenger.

"Now, the hard work begins. The political priority of us all now has to be bringing Scotland out of this horrific pandemic and addressing the many problems that arise.