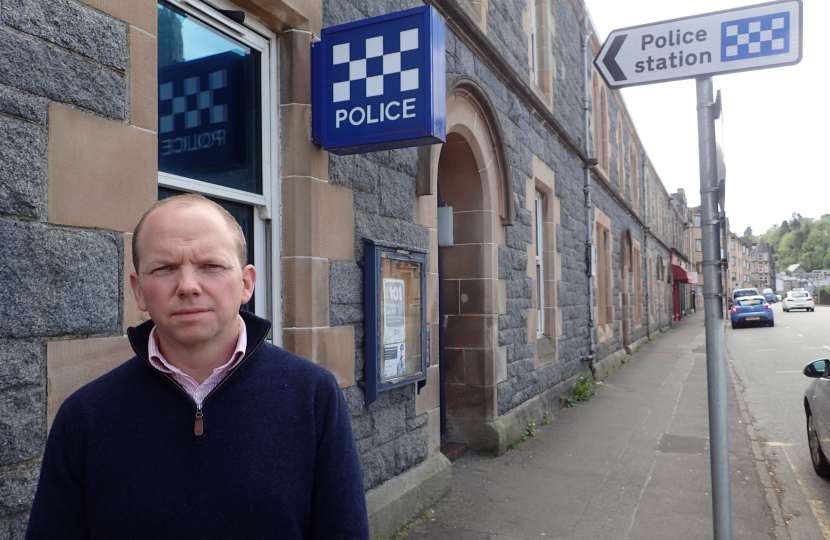 Scottish Conservative MSP Donald Cameron says the SNP are “letting criminals off lightly” Argyll and Bute after they wrote off thousands of hours of unpaid community work.

Mr Cameron’s call comes after a Scottish Conservative Freedom of Information Request found that 262,153 unpaid hours of work given to criminals have been wiped out by the SNP across Scotland.

In January, the SNP Government announced they would use “extraordinary powers” to write off a huge number of hours handed out in Community Payback Orders.

In Argyll and Bute, 5,165 hours of community payback orders were cut by the SNP which Donald Cameron MSP says is a slap in the face to victims of crimes.

Donald said the number of hours cut is absolutely staggering and he will continue to push Scottish Conservative plans for a Victims Law to be introduced as soon as possible.

Donald Cameron MSP said: “The amount of Community Payback Orders cut by the SNP in Argyll and Bute is absolutely staggering.

“They’ve let criminals off the hook by writing off these sentences. That is a total insult to victims of crime across Argyll and Bute.

“SNP Ministers need to ensure these community sentences are taken seriously and fulfilled.

“It is the latest example of the SNP letting down victims of crime. The Scottish Conservatives will continue to push for a Victims Law to be introduced to put victims first and end the SNP’s soft-touch justice system, by ensuring criminals receive appropriately tough sentences.”