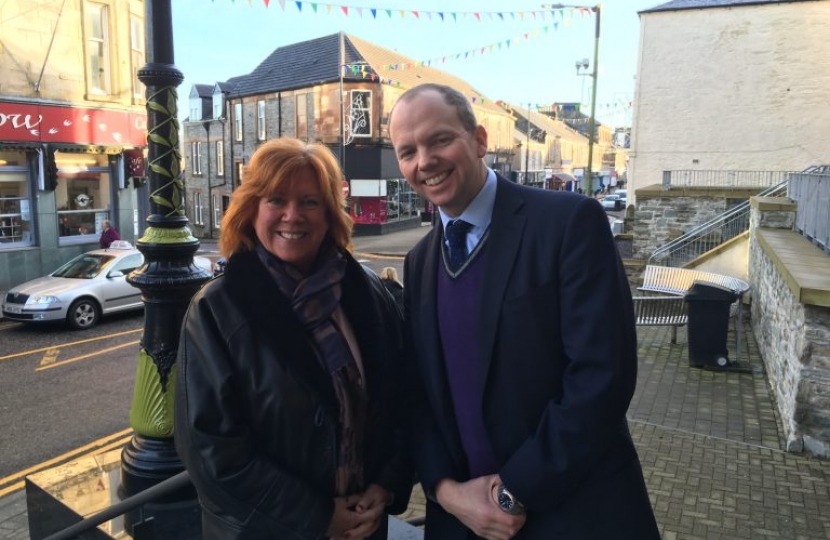 Highlands and Islands Scottish Conservative MSP Donald Cameron has welcomed a vote in the Scottish Parliament that aims to force John Swinney, the SNP Education Secretary, to review the Curriculum for Excellence.

After a Scottish Conservative motion in the Scottish Parliament attracted support from Labour, Liberal Democrat and Green parties, MSPs backed recognition of “serious concerns” about “fundamental failings” around subject choice in schools.

Donald said: “This vote offers hope to pupils, parents and teachers that this government's failing education policy will be improved. It’s a huge defeat for the SNP Government and a humiliation for John Swinney and Nicola Sturgeon who have presided over such a fiasco.

“I have raised my concerns about the lack of subject choice in our schools before and am pleased that, finally, parliament has now demanded the Government investigate where its policies have gone wrong.

“A recent report from Highlands and Islands Enterprise made it clear that there are significant concerns among young people, particularly in our region,  that their future prospects are being compromised, so the SNP cannot say that they haven’t been warned.”

Cllr Yvonne McNeilly (Conservative – Cowal), policy lead for education on Argyll and Bute Council, said: “Here in Argyll and Bute we have been striving on behalf of our children to offset this failing policy and the cuts inflicted on the council by the SNP Government.

“Great work has been done, for instance, at Oban High School to deliver the widest curriculum choice available in Scotland. At Tiree we are pioneering innovative ways of delivering courses which would otherwise be unavailable.

“Just imagine what we could do if we did not have to cope with the inflexible rules imposed on us by Holyrood, and if they passed on adequate resources to us in Argyll and Bute instead of spending the money on pet projects in the Central Belt.

“All councillors are aware that our children only have one chance of a school education which is why we are making every effort to mitigate the impact of spending cuts which amount to 15% of the education budget over the last 9 years.”