Cameron to SNP: Ignore Greens and fix Rest and Be Thankful 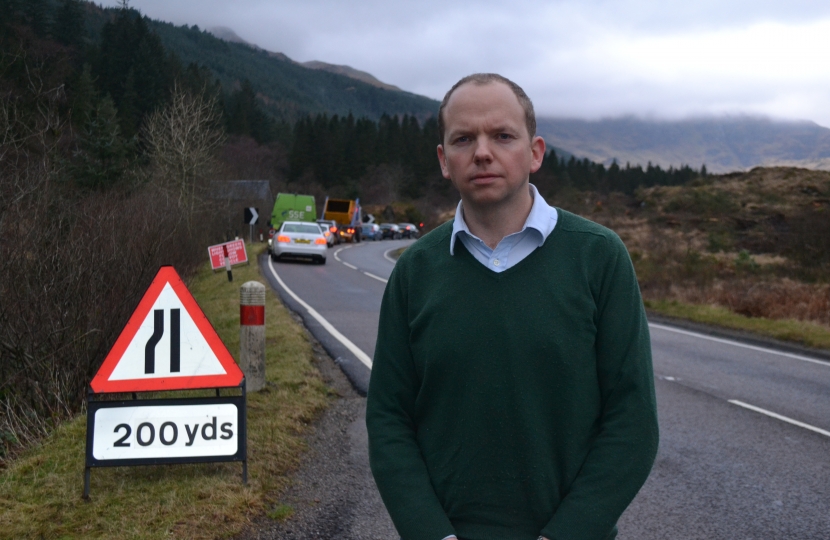 Highlands and Islands MSP Donald Cameron has told the SNP to ignore their coalition partners, the Greens, and prioritise a permanent solution for the Rest and Be Thankful.

Speaking earlier today at the Scottish Parliament during a Scottish Conservative debate on road infrastructure across Scotland, Mr Cameron said that people across Argyll and Bute felt left behind by continued closures of the A83 by landslips.

Speaking later Mr Cameron said: “It is quite evident that SNP ministers have no answers when it comes to problems with our road infrastructure and are, effectively, hamstrung by their Green coalition allies and their extreme views.

“So far as the A83 at the Rest and Be Thankful is concerned, we still have nothing but vague promises to come back with proposals for a permanent solution sometime next year, and no commitment to a completion date. We are left with the prospect of a permanent solution taking up to ten years to resolve, if at all.

“This amounts to culpable negligence by the SNP-Green Government and leaves businesses and residents in Argyll and Bute facing the grim prospect of years and years of disruption and diversions.”

The full text of the debate can be found here.