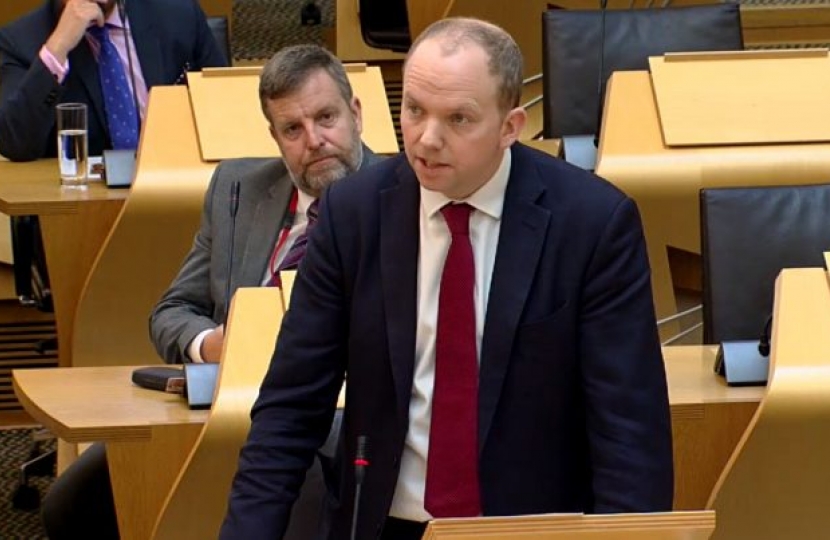 Highlands and Islands MSP Donald Cameron has said that the Scottish Government must seek expert advice if it is to address the challenge of depopulation in the Highlands.

Mr Cameron made his remarks following questions in the Scottish Parliament earlier today (Wed 26 June) during which he highlighted the forecasts of a falling population in Argyll and Bute.

Following the question, Donald said: “The population forecasts for Argyll and Bute are alarming as they show a significant predicted fall in the working age population. These are the people we need to run vital public services, and to keep the local economy, and the businesses which underpin it, thriving.

“I wanted reassurance that the task group would not just be made up of ministers. We need external experts who can provide robust advice and are independent of the government.

“For instance, we have received indications of a population shift from areas in the west, to the east as people seek better housing.

“If this concern is borne out, we will need to have confidence that the evidence will be properly scrutinised and acted upon. Anything less would be a dereliction of duty by the Scottish Government.”

Mr Cameron added: “The Cabinet Secretary invited me to raise particular issues with the task group and I will certainly be doing that on behalf of everyone concerned about the sustainability of our communities in Argyll and Bute, and across the Highlands and Islands.”