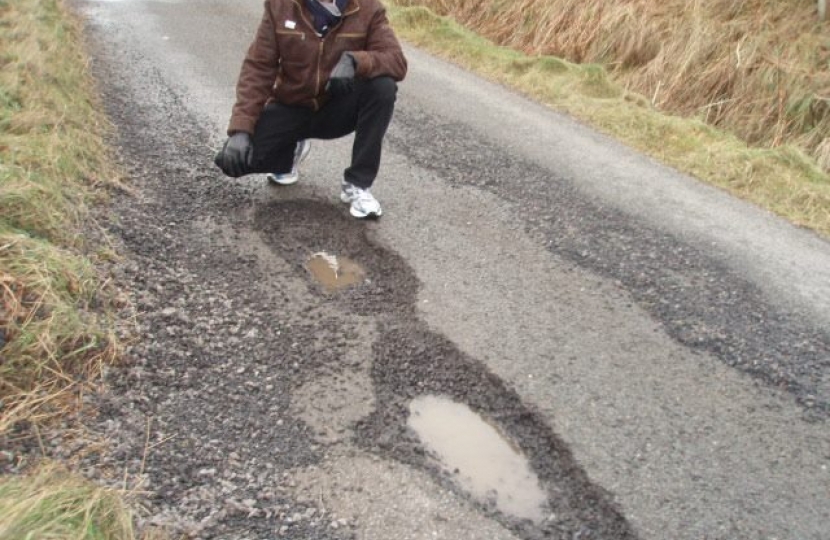 Argyll and Bute Council has been paying out thousands of pounds in compensation every year to motorists because of damage caused by potholes on roads.
Scottish Unionist and Conservative party research has revealed local authorities across Scotland have been forced to pay out nearly £2.7 million in compensation since 2009.
The true figure is expected to be much higher as some councils failed to respond to the Freedom of Information request.
A total of £23,587.04 has been paid ...out in compensation by Argyll and Bute to motorists from 2009 to 2014.
The Scottish Unionist and Conservatives have repeated calls made in their 2011 manifesto to create an additional pothole fund to enable struggling councils to catch up with their long-standing road repairs.
The UK Government introduced such a fund in June 2014 and it included a condition where councils had to report quarterly on how the money was being used.
If Scotland’s roads were better maintained in the first place then this unnecessary cost to the public purse would be greatly minimised.
Our roads in Argyll and Bute are a national embarrassment and it’s time the SNP ended its piecemeal approach to road maintenance and came up with a longer-term strategy.
Without failure our terrible roads are the first concern brought up when I’m on the door step campaigning here in Argyll and Bute the SNP can’t bury their heads in the sand forever on this issue.
A pothole fund would be a major step forward in helping councils to finally get our roads up to a better standard to benefit motorists across Argyll and Bute